The Conner Weigman Era is here and A&M’s newly appointed savior had all the answers early. On a 4th and 1 from the 3, he read the defense and pulled the ball from Devon Achane at the last second in the read option, hitting Moose Muhammad in the numbers for his first career touchdown pass.

On the next drive he again found Moose with a prayer on 3rd and long, before eventually connecting with Evan Stewart for six on a perfectly placed pass and an even better one-handed catch. 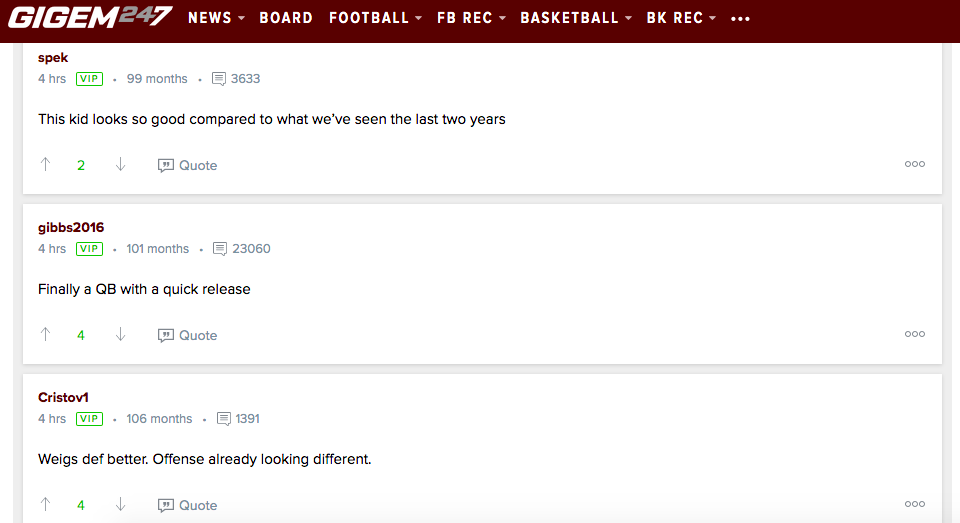 After that though, the offense looked about the same as it did under A&M’s first and second messiah’s Haynes King and Max Johnson. 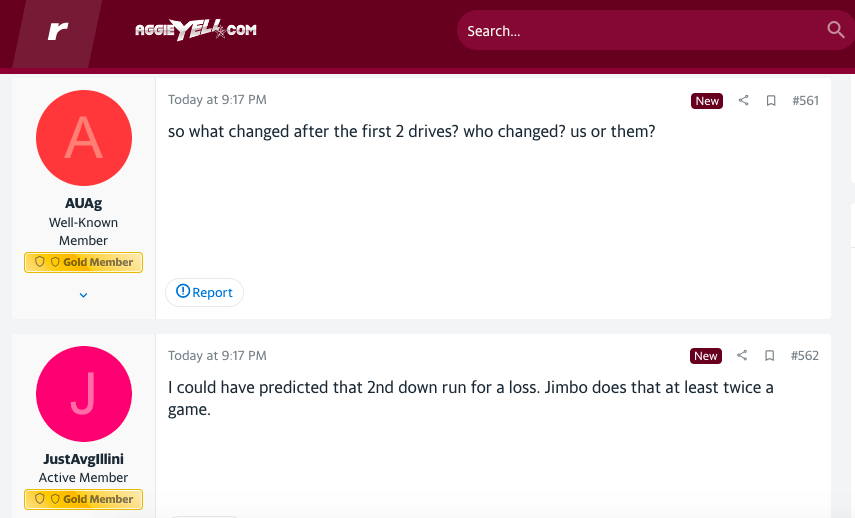 A turnover on downs and five straight punts were all the Aggies could muster until Weigman found Noah Thomas on a rollout for his third touchdown of the day. That would make it 24-21, but Ole Miss would quickly score to make it a two score game again.

Late in the Fourth, Weigman would swing it out to Achane who would make a guy miss and wiggle into the endzone for a 7 yard score. The Aggie defense came up big late. They’d force a three and out and get the ball back in the True Freshman QB’s hands with 54 seconds and 92 yards to go. Unfortunately, facing 4th and 3, Conner’s pass on the Tight End seam route would go through Blake Smith’s hands. 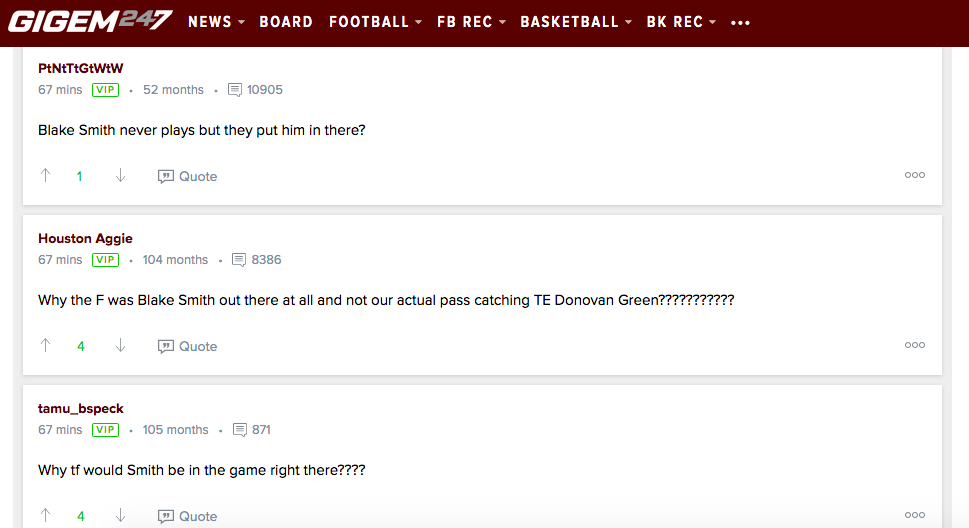 Ole Miss sneaks out of college station with the W as Aggies fall for the fourth week in a row. Fans of the reeling team have fallen into two categories. 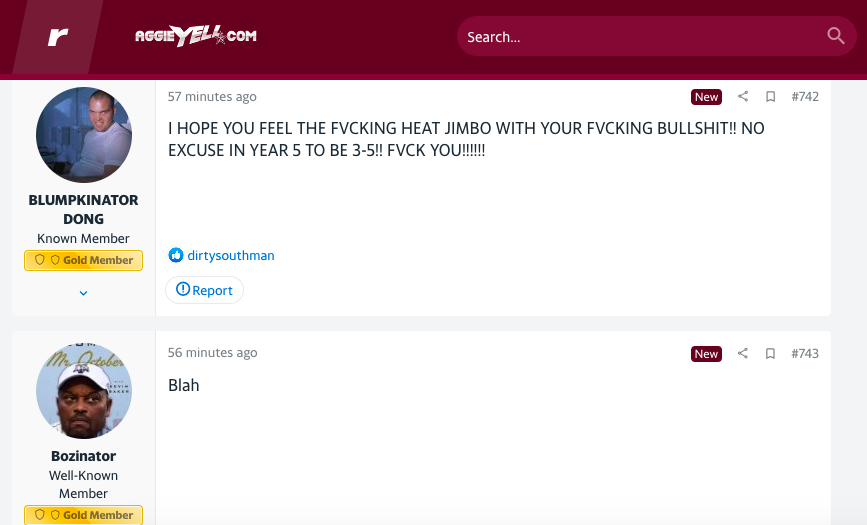 West Virginia may have brought back its Annual Pumpkin Drop, but it hasn’t turned Midnight yet in Fort Worth and TCU’s carriage is still riding along. The Frogs and Mountaineers put up 600 yards and 49 points in the first two quarters before the defenses stepped up and created four turnovers in the second half.

Kendre Miller had 120 yards on only 12 carries. He went untouched on a 51 yard touchdown in the second quarter.

Emani Bailey added another touchdown on the ground on a 30 yard scamper, his only touch of the game.

The Horned Frogs struggled in the second half on offense, however. A punt, two field goals, and an interception had fans of the number three ranked offense calling for Offensive Coordinator Garret Riley’s head.

Come crunch time, Max Duggan did Max Duggan things. He threw touchdowns to three different receivers, his last of the game to Savion Williams on 4th and 1 with twenty seconds left sealed it for TCU.

The last minute touchdown would make it 41-31 as TCU goes to 8-0. For a team picked 7th in the Big 12 preseason poll, they look like a lock for Arlington in December.

A moment of silence for those who had the under at 68 and West Virginia +7.5.

Texas Tech averages 500 yards and 36 points per game. Baylor averages 460 yards and 37 points a game. So it should surprise no one that this game was tied 3-3 until late in the second quarter.

Finally, Richard Reese punched in a touchdown for the Bears with three minutes left in the first half. He’d add another right before the whistle, putting Baylor up 17-3.

Behren Morton did not have a good game. An early interception and bad first half had people calling for the backup, or in Tech’s case, backups.

He’d throw another interception on the Red Raider’s first drive of the third quarter. On the ensuing possession, Blake Shapen hit Hal Presley for a touchdown to increase Baylor’s lead. Morton would answer, finally getting 7 on the board on an easy pitch and catch with his fullback Henry Teeter.  Later, he’d drive down and on 4th and 7 scramble for a touchdown to make it a one score game, 24-17. Who needs backups anyways?

After Reese added his third score of the day to make it 31-17 Bears, Tech would play signal caller carousel.  Donovan Smith came in at quarterback for the Red Raiders. He threw an interception.

A little later, Tevin Williams III made an insane play to pick Morton in the endzone, Morton’s 3rd of the day.

Tyler Shough finally came into the game. He promptly threw a pick six.

TUNE UP, MCMAHON DOWN IN SPACE CITY.

Clayton Tune had 380 yards and 4 TDs for the Cougars who controlled most of the game after a back and forth first quarter.

Meanwhile, Owls QB TJ McMahon didn’t play awful but four consecutive drives ending in punts to start the second half allowed a 49ers that was previously 1-7 to get its second win, and first in conference.

Rice was a 16.5 favorite going into their homecoming matchup, so it might just be.

Up in the north metroplex, SMU bounced back after a close loss to Cincinnati last week. Tyler Lavine led the way against the Golden Hurricane with three scores.

For the North Texas Mean Green, college football’s Most Interesting Man, Austine Aune, went for 320 yards and 3 touchdowns in a win over Western Kentucky.

The twenty-nine year old, former 2nd round draft pick of the New York Yankees once shared a locker room with Aaron Judge. Despite a decent day, some fans still think it shows.

Either way the Mean Green get the win and Aune is leading the team up in Denton that has hopes for a rematch against UTSA in the Conference USA championship game.

MINERS, RAIDERS, AND OTHER ERRS.

Rocking some absolutely gorgeous Texas Western throwback unis, UTEP faced off against Middle Tennessee. That would be the only pretty thing on the field for the Miners.

Gavin Hardison had a rough time against the Blue Raiders defense, with one touchdown and one interception, and the El Paso backfield duo of Ronald Awatt and Deion Hankins combined for 116 yards, well below their average of 146 per game. A late drive in the fourth quarter for UTEP ended in a FG after a touchdown was taken off the board on a controversial (read: nonexistent) offensive pass interference call.